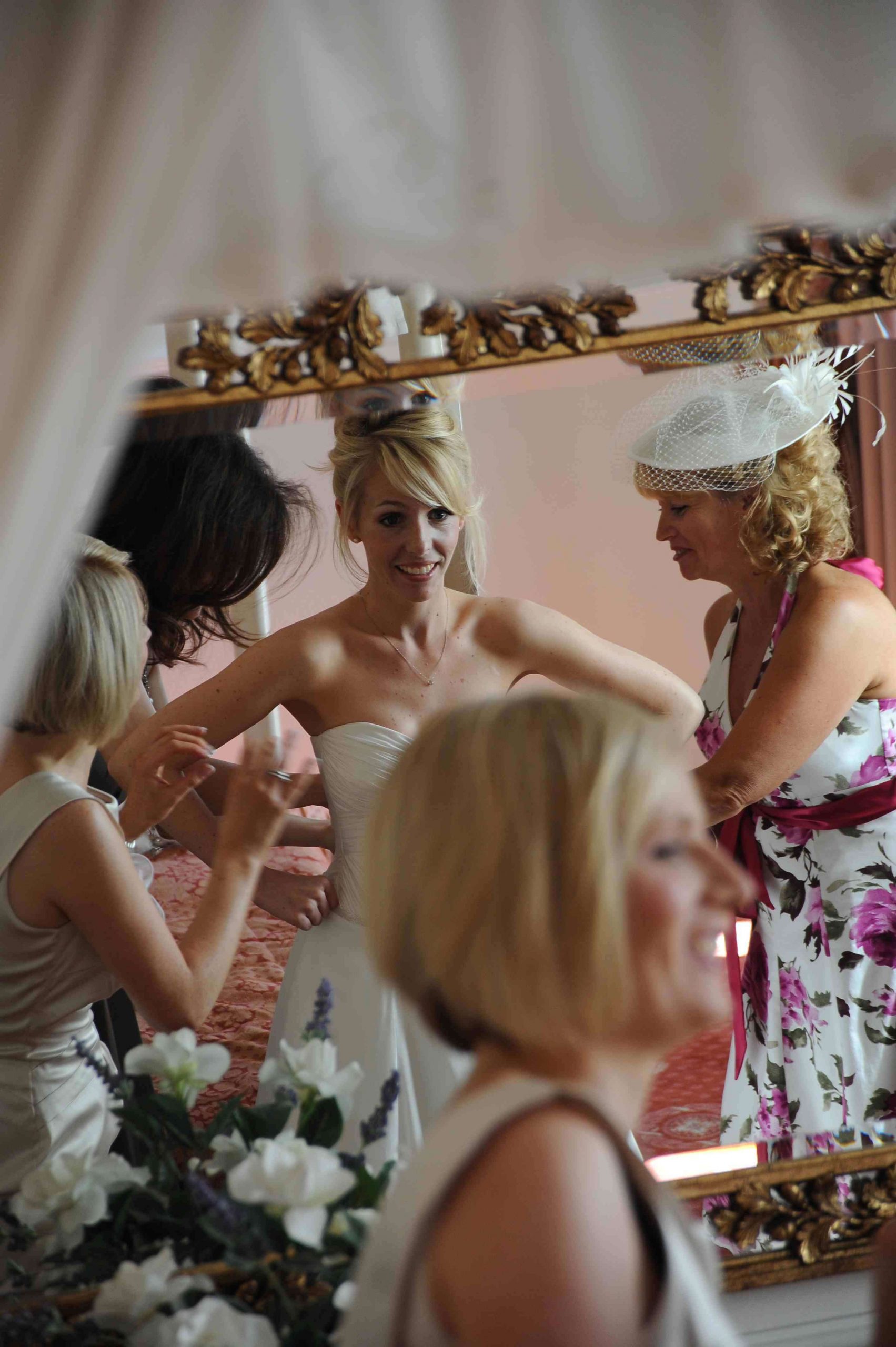 Getting married in Italy is possible, provided you allow yourself at least 4 months to deal with all the legal bureaucracy, and especially to secure the most sought after venues.

British Nationals can get married in Italy and the wedding will be valid in their homeland. To be able to celebrate a civil legal wedding in Italy, British Nationals will have to allow a suitable amount of time to deal with the legal bureaucracy. Religious and Symbolic weddings are an alternative, with or without legal validity. Catholic weddings in Italy are possible for British Nationals, but require due preparation which consists of several documents and authorizations which are issued by the couple’s local priest, their Bishop and the local Bishop of the church where they will be getting married in Italy. This procedure requires at least 9-12 months of preparation. Be advised that not all Bishops in Italy will allow weddings of non-residents. Efffetti can assist you by guiding you through the complex procedure of a Catholic Wedding in Italy and by suggesting venues where the Bishop will raise no objections to your Catholic wedding in Italy.

Want to play it safe?

Let’s have a closer look at each possibility for a legally binding wedding in Italy:

Civil Ceremonies are legally binding and will normally be performed in the local Town Hall by the mayor of the city or an officer appointed to celebrate the wedding. The ceremony lasts approximately 20 minutes and is ,by law, conducted in Italian. In the instance that either you or your spouse or either one or both of the witnesses are not fluent in Italian, you are legally obliged to have an interpreter present throughout the ceremony. You or your partner cannot act as an interpreter. There must be a professional interpreter present who signs an oath to translate the ceremony accordingly.

1) Both the spouses are British AND live in the UK

To solemnize a legally valid wedding in Italy, when both of the spouses are British, you will have to bring the following documents with you to Italy:

2) One of the spouses is NOT British

Should only one of the two spouses be British AND residing in the UK, he/she should follow all the steps as in the first scenario, and the non-British spouse should follow the paperwork required by his/her nationality. If the non-British spouse is Italian, he/she must apply for a Notice of Marriage at the registrar where he/she is officially residing or at the Italian Embassy or Consulate in his/her country of residence if registered to the AIRE.

3) British not residing in the UK

If you are a British couple not living in the UK, you can only obtain the needed documents by coming to Rome or going back to the UK in person.

If you plan to go back to the UK please contact us to make sure of the correct procedure to follow. If you plan to come to Rome, remember to book an appointment with the British consulate well in advance. You will be asked to prove that you have been staying in Italy for at least 3 days (hotel confirmation is acceptable). Please note that different documents must be brought with you depending on your marital status and the nationality of the other spouse. In Rome you will apply for a Notice of Marriage (NOM) and after about 15 days a Nulla Osta will be delivered to us. This procedure will require that you are in Italy at least 30 days, preferably 45 days before the wedding (to be sure there are no delays) and most importantly NOT more than 6 months before the wedding.

Alternatively, you can apply for the Notice of Marriage in the UK, but you must prove that you have been residing there – with an electricity bill or similar – for 7-70 days depending on the spouse’s nationality. Applying in the UK follows the rules mentioned above (CNIs and Statutory Declarations).

A new law about Civil Unions has been active in Italy since May 2016. Same sex couples can now apply for a Civil Union Ceremony in Italy. Civil Unions are similar to Marriages but have a few differences in the procedure. Town halls might require different procedures to apply. At present, British nationals should bring the exact same documentation as for an opposite sex wedding, but they must meet the town hall officer in person, AT LEAST 30 days before the wedding. This 30 day rule might not be compulsory but it depends on each Registrar, so please contact us to be sure of the paperwork and timing requested by the specific town hall for your wedding. We have a list of selected Town Halls that accept the exact same timing as opposite-sex couples, which will make the whole procedure much easier for couples residing abroad.

Please consider that you need to be in the city where you will get married to swear a declaration in front of the authorities with a simultaneous translator at least 2-3 working days before the wedding. Despite some town halls being quite flexible, most will not accept this meeting to be held any later than that. So take note of this when planning your trip.

Once the ceremony has been performed, you will be issued with a Marriage Certificate in multi-language. The marriage will not actually be registered in the UK but you will be able to apply for a name change once you are back in the UK by showing one of the marriage certificates you will be given in Italy.

There is no legal obligation for a foreign marriage to be recorded in the UK and in fact it is not actually registered. The validity in English law of a marriage contracted in a foreign country is in no way affected by its having been, or not having been, thus recorded.

**PLEASE NOTE: if you reside in the United Kingdom but your nationality is NOT British, you have to follow the regulations of your country of nationality.

*** if you have dual citizenship and one of them is ITALIAN, you cannot choose how to get married in Italy, but you must apply as ITALIAN CITIZEN. Bear in mind that if one of your parents is Italian and holding an Italian Passport, you also are Italian. Italy applies JUS SANGUINI meaning you inherit your nationality by blood and not by birthplace.

Please Note: After filling in the form, please make sure you check your inbox for our reply, if you do not see any, please look into your spam folder. It may happen that our reply email are captured by spam filters, if so, please add our address to your white list. Thanks *Read here our Privacy Policy

*By inquiring through this site, you agree to the privacy policy terms. Your registration implies agreement to receive updates, information and more generically, communication from this site administrators and representative and from the team of Efffetti Wedding Planners In Tuscany and Events in Italy in relation to your request. Your information is kept and used according to the Legislative Decree N° 196/2003. Efffetti will not sell, rent or pass your data to any third party without your prior written approval. Under art. 7 of the Legislative Decree N° 196/2003 it is your right, among other things, to know your how your personal data treated is by us, in addition to requesting its integration, correction or deletion.

An Italian wedding coordinator will reply to you requesting a non-binding call, which will help you and us focus on the exact requirements for your wedding.

British Citizens Getting Married in Italy

We use cookies on our website to give you the most relevant experience by remembering your preferences and repeat visits. By clicking “Accept”, you consent to the use of ALL the cookies.
Cookie settingsACCEPTREJECT
Manage consent

This website uses cookies to improve your experience while you navigate through the website. Out of these, the cookies that are categorized as necessary are stored on your browser as they are essential for the working of basic functionalities of the website. We also use third-party cookies that help us analyze and understand how you use this website. These cookies will be stored in your browser only with your consent. You also have the option to opt-out of these cookies. But opting out of some of these cookies may affect your browsing experience.
Necessary Always Enabled
Necessary cookies are absolutely essential for the website to function properly. This category only includes cookies that ensures basic functionalities and security features of the website. These cookies do not store any personal information.
Non-necessary
Any cookies that may not be particularly necessary for the website to function and is used specifically to collect user personal data via analytics, ads, other embedded contents are termed as non-necessary cookies. It is mandatory to procure user consent prior to running these cookies on your website.
SAVE & ACCEPT